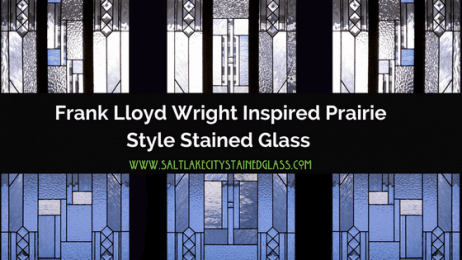 The Beautiful Beginnings Of The Prairie Style

The phrase mid-century modern is something you have likely heard because it is seemingly all the buzz. This is understandable because as far as home styles go, it is pretty fantastic. What you may not realize is this type of look and many others were created, in large part, by a man named Frank Lloyd Wright. He was a talented and prolific architect/designer who could be considered the grandfather of many different interiors and architectural styles–as relevant today as they were in the late 19th and early 20th centuries when he lived. His curiously ubiquitous Prairie Style philosophy was his passion and today it is still one of the most popular stained glass styles on the market. Read below to find out why.

When you think about a prairie landscape you probably imagine endless fields and sharp horizon lines stretching on for miles and miles. This type of expanse filled full of light and openness is exactly the type of feel Wright wanted in his architecture and stained glass. Dramatic horizontal lines that crisscross but blend into the worlds outside and inside are strong hallmarks of Wright’s work. He was enchanted with how light entered a room and considered it, as well as the glass, a part of the design of the house itself. He was incredibly concerned about the integrity of the materials he used, from stone to glass and everything in between. This meant he did not want to disguise the glass but rather allow the glass to exist as itself in an environment. Similarly, he wanted everything he designed in the Prairie Style to harmonize with a natural setting. The results from Wright in this and many other styles were amazing. His work was modern at the time, but somehow had echoes of a simpler, more natural time; just as at home in the natural world as it would be in a city setting. And in an urban setting, the echoes of nature were unmistakable. His use of colors as accents and penchant towards mixing them with mostly clear glass and intersecting lines allowed his prairie style work to be both outstanding but still at peace the natural world all around.

The results, as you can see, were amazing. 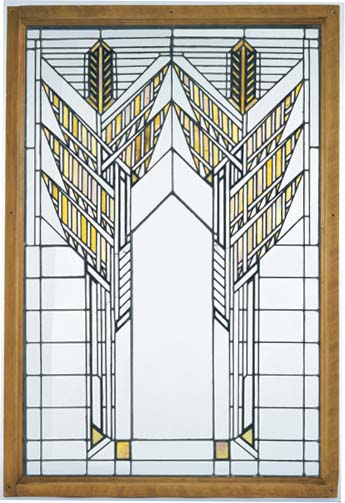 To say Frank Lloyd Wright was ahead of his time is, in fact, an understatement, but the uniqueness and breadth of his work, leave the viewer to believe no matter what era he lived in he would still be a pioneer of his day.

Watch the video below for more information on Prairie Style stained glass:

At Salt Lake City Stained Glass we greatly respect the genius that is the work of Frank Lloyd Wright’s Prairie Style. We create glass in this style for our customers to honor him and to keep the legacy of artistic perfection alive today. If you are interested in a prairie style stained glass window for your Salt Lake City home, contact us today for more information and to schedule a design consultation with one of our Prairie Style experts

Martin Faith is a talented artist, visionary, and collector of antique stained glass windows. Prior to moving to the United States, Martin worked as a stained glass artisan in Glasgow. There, he spent many years cultivating his skills and learning the techniques and history behind the centuries old art form. Today, he is the proud owner of Salt Lake City Stained Glass, the largest and most highly renowned stained glass studio in Utah. Over the past 30 years, Martin and his team have produced over 50,000 stained and leaded glass windows ranging in size, style, and appearance. His company has been highlighted on various media outlets including HGTV, the DIY Network, CBS, and NBC.